Cloudways WordPress Hosting Speeds in Australia on Vultr with Breeze Cloudways offers competitive performance and pricing in Australia for managed WordPress-optimised servers with a choice of cloud providers and data centre locations. The Cloudways Vultr Sydney cloud is one of the most cost-effective and speedy options. I’ve tested it previously with our standard caching plugin, Hummingbird Pro, so now it’s time to try out the Cloudways Breeze plugin.

What I would like to know, is, how fast is WordPress on Cloudways Sydney Vultr cloud when paired up with their Breeze plugin? For this test, I am using Cloudways with the cheapest Vultr plan (USD $11/month with 1gb of RAM and 1 CPU core).

I will be testing a WordPress website running with our standard combination of plugins and the GeneratePress theme to see how it performs under Australian conditions. This is the same configuration used for my other WordPress hosting performance tests.

Being located in Sydney, on a cloud container optimised for WordPress using their own optimisation plugin, I’m expecting to see some impressive speeds.

In my test setup, WP Smush Pro will be used to ensure all images are optimised, however, the WPMU Dev CDN connection will be disabled to ensure that I get an accurate reflection of the Cloudways Vultr Sydney cloud.

Initially, I’ll test with all Breeze caching disabled, then again with different combinations of Breeze caching and optimisation settings enabled. For comparison with The Hummingbird Pro cache plugin, have a look at my previous test here.

For these tests, I’ll be using an average size WordPress website for a service-based business. It sports an assortment of images and different kinds of Elementor objects and templates, including an embedded YouTube video, so it should give a reasonable reflection of the performance of a website built on GeneratePress using Elementor Pro.

Also of note is that at the time of testing, our Cloudways server was running PHP version 7.3 and had a free Let’s Encrypt SSL certificate. It is probably also important to note that Cloudways runs Memcached and Varnish caching in the background. Each was manually purged between tests.

For this test I have no caching setup with Breeze.

For this test, I enabled Breeze with the default settings. This enables GZIP compression and browser caching but does not include CSS or JavaScript minification or file combining.

For this test, I enabled Breeze with all CSS and JavaScript files combined and minified.

While Google PageSpeed Insights shows a trend of faster speeds with each additional level of optimisation, Pingdom and GTMetrix both show a decline in loading speed with Breeze enabled and even more of a decline with optimisation.

I can’t figure this behaviour out at all, so I guess the real question becomes, is it more important to have better performance according to Google, or faster overall loading speeds? The time to first byte, or wait time for server response was unbelievably low, but the time to interactive is oddly high. In other words, the server is responding very fast, it just isn’t transferring the data as quick as I would expect. If we can speed up the data transfer then this would be a extremely fast, cost-effective WordPress hosting solution.

So what do I think?

Cloudways Vultr Sydney cloud location is a simple approach to cloud servers for hosting Australian WordPress websites. The response times are some of the fastest I’ve seen in Australia, unfortunately they are just a bit slow to get the data completely transferred. As far as pricing for managed WordPress hosts, starting at USD $11, the Cloudways Vultr option is significantly cheaper than the basic plans from other managed hosting providers like Flywheel, Kinsta, and WP Engine. To be fair, the cloud specs are also lower than the basic plans from those providers. This makes the basic Cloudways plan ideal for smaller sites looking for higher performance without a big price tag. Using a caching plugin like Breeze does seem to improve the performance according to Google PageSpeed Insights, but the overall improvement is questionable.

I did note though that while Breeze does do a great job (according to Google PageSpeed anyway), the speeds I saw with Hummingbird Pro on Cloudways in my earlier test outperformed Breeze on Cloudways in today’s tests, especially according to Pingdom and GTMetrix, so I would definitely use Hummingbird Pro instead of Breeze. That said, Breeze is capable of automatically or manually purging the Varnish cache from within WordPress where Hummingbird Pro is not. I also noticed a slight performance improvement with both Breeze and Hummingbird Pro after upgrading the Vultr container to the next level up with double the RAM (2gb up from 1gb).

As mentioned in my previous test, Cloudways does also offer a competitively priced CDN add-on that is extremely easy to setup. Breeze is designed to work seamlessly with Cloudways CDN and Hummingbird Pro also has support for CDN’s so this add-on should work with both caching plugins.

Overall, Cloudways on the Vultr Sydney cloud is a great option for speed in Australia that is very competitively priced, but definitely test out different caching plugins with your setup to make sure you get the best performance. 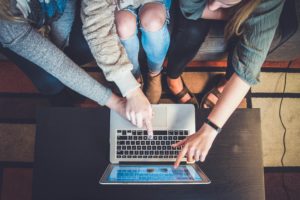 5 Ways to Get More Orders for Your Online Store

Have you got an amazing quality product or multiple products but struggle to sell online? Do you wonder how other businesses on WooCommerce sell more