Kinsta is a managed WordPress hosting provider that uses the Google Cloud Platform as the backbone of their WordPress hosting combined with Amazon Route 53 for DNS resolution. By using the Google Cloud infrastructure, Kinsta has access to a Sydney location, and as I’ve said many times before, hosting your website locally in an Australian data centre is a great way to ensure fast loading for Australian visitors. This makes Kinsta a great candidate for hosting your Aussie WordPress website. The cheapest option to get started is $25 USD/month when paid annually ($30 USD/month if paying monthly) and includes 50gb of data through the global KeyCDN access and Kinsta’s server level caching.

So, what I would like to know, is, how fast is WordPress running on Kinsta in the Sydney Google Cloud? And, do I get extra gains by pairing it with a WordPress caching plugin like Hummingbird Pro? Or, does the Kinsta cache do better without another cache plugin.

I will be testing a WordPress website running with our standard combination of plugins and the GeneratePress theme to see how it performs under Australian conditions. This is the same configuration used for my other WordPress hosting performance tests.

Being located in Sydney, on a cloud container optimised for WordPress, I’m expecting to see comparable or better speeds than those I got with WP Engine and Flywheel that are both also running on the Google Cloud platform.

In my test setup, WP Smush Pro will be used to ensure all images are optimised, however, the WPMU Dev CDN connection will be disabled to ensure that I get an accurate reflection of the Flywheel Sydney cloud.

Initially, I’ll test with just Kinsta cache running since it cannot be disabled, then again with different combinations of Kinsta Cache with Hummingbird Pro’s caching and optimisation settings active. I will also test with the Kinsta CDN enabled.

For these tests, I’ll be using an average size WordPress website for a service-based business (exactly the same site used in all my other WordPress hosting speed tests including my previous Flywheel test). It sports an assortment of images and different kinds of Elementor objects and templates, including an embedded YouTube video, so it should give a reasonable reflection of the performance of a website built on GeneratePress using Elementor Pro.

Also of note is that at the time of testing, our Kinsta server was running PHP version 7.3 and had a free Let’s Encrypt SSL certificate. Caches were manually purged between tests and each test run multiple times to ensure caching was taking effect.

For this test I have no caching setup with Hummingbird Pro, we are just using the built-in Kinsta caching.

For this test I have no caching setup with Hummingbird Pro, we are just using the built-in Kinsta caching along with Kinsta CDN.

For this test, I enabled Hummingbird Pro’s persistent cache. Hummingbird Pro also had GZIP compression enabled, but all asset optimisation was turned off.

For this test, I enabled Hummingbird Pro’s persistent cache. Hummingbird Pro also had GZIP compression enabled, but all asset optimisation was turned off. Kinsta CDN was also enabled.

For this test, I ran the Hummingbird Pro persistent cache with all CSS files combined and all CSS and Javascript files moved to the footer.

For this test, I ran the Hummingbird Pro persistent cache with all CSS files combined and all CSS and Javascript files moved to the footer. I also had Kinsta’s CDN activated.

While Hummingbird caching didn’t show much impact, and GT Metrix actually showed a negative impact, full asset optimisation did give some decent benefits according to Google PageSpeed Insights. The data suggests that if you aren’t doing asset optimisation, you are better off not using Hummingbird Pro at all and will still get great speeds in Australia using Kinsta’s Australian location and depending on your website that could be more than sufficient to reach your loading speed goals without any WordPress caching plugins. The main performance improvement from asset optimisation does not appear to come from the plugin cache but rather just from improving the overall optimisation of your website files.

The loading speeds in Australia, regardless of optimisation are excellent, and the inclusion of Kinsta CDN is a great option especially if you have customers outside of Australia. I did note though that while the Kinsta CDN doesn’t necessarily show much change to performance in Australia, there was a delay in DNS lookups that was not there without the CDN. It added an average of between 150ms and 200ms of delay. While the CDN does also improve other speeds significantly enough that the DNS delay doesn’t deteriorate the performance, we would see much better speeds with the CDN enabled if that DNS lookup time could be brought under control.

So what do I think?

Well, I’ve previously found Flywheel’s Sydney Google Cloud location to offer the fastest loading speeds in Australia. However, by a very small margin, Kinsta beats Flywheel out and now takes the position as fastest managed WordPress host with an Australian location. That on it’s own is perhaps the best selling point for Kinsta.

Kinsta is also a simple approach to cloud servers for hosting Australian WordPress websites. The response times are some of the fastest I’ve seen in Australia, although Cloudways Sydney Vultr location is faster to respond, Kinsta beats out the Cloudways Vultr location for overall performance as well as WP Engine’s performance.

As far as pricing for managed WordPress hosts, starting at USD $25, the Kinsta solution is reasonably priced for the performance, beating out WP Engine for both price and performance, and coming very close to Flywheel on price while also performing slightly better.

Overall, Kinsta offers a great solution for Australian websites in their Sydney cloud location. It is a great option for speed in Australia that is designed to cater to global customers. The included CDN has many points of presence globally, and while it doesn’t have the most points of presence in Australia and New Zealand – Flywheel wins here – it is an excellent option.

All things considered, as of the time of writing, Kinsta is an excellent all -round option for Australian WordPress websites. 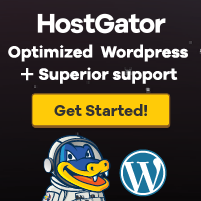